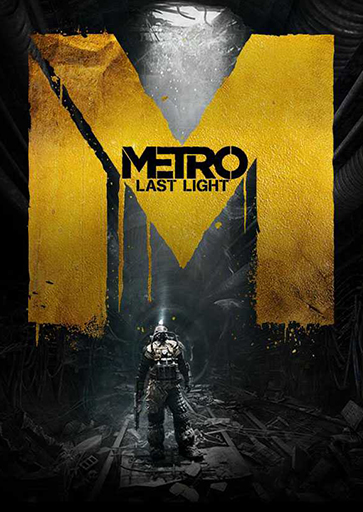 The story in Metro Last Light is divided into many small sections rather than large chapters, so there will be no title for each time the story changes plot.

One year later, Artyom has become a member of the rangers who have occupied the D6 facility. Khan arrives and informs them that one Dark One survived the missile strike, where he believes that humans should make peace with it. Miller disagrees however and sends his daughter Anna with Artyom to find and kill the lone Dark One. Artyom finds the Dark One, but discovers it to be a child. The two are then ambushed and captured by the Nazi Fourth Reich.

In captivity, Artyom is assisted by another prisoner, the communist red line soldier named Pavel Morozov. The two escape from the Reich's base through tunnels. When Pavel was scouting out an area for them to escape, he is capture by members of the Fourth Reich. Artyom rescues Pavel and they continue to the Red Line Communist Station.

There, Pavel is revealed to be in fact a high ranking officer, who helps the communists capture Artyom to gather information on the Rangers and the Dark One. Artyom is able to escape captivity with the help of the Red Line’s Leader, Maxim Moskvin’s son and he learns the plan by general korbit, the head of the Red Line’s military intelligence to capture D6 to take control of the entire Metro System. He plans to achieve this by using a weaponized version of the ebola virus stolen from D6 by a sleeper agent ranger named Lesnitsky.

After escaping the Red Line’s Station, Artyom meets up once again with Andrew the Blacksmith, where he is assisted to follow Pavel throught the underground tunnel system and through an irradiated and creature infested swamp. Artyom eventually re-unites with Anna on a church on the surface, and she apologizes to Artyom for letting him get captured. However, shortly thereafter the church is attacked by Lesnitsky and the Red Line, who kills most of the rangers and captures Anna.

Artyom follows them to a station that is being cleansed by the Red Line where a biological weapon virus is and saves Anna, but unfortunately without their gas masks, they are exposed to the virus. Outside, they are rescued by Khan and placed into quarantine until they are determined to hold the virus. While in quarantine, Anna fears for her life and in one last effort to feel alive, seduces Artyom, where the two make love. Fortunately, the two are determined to not be carrying the virus, so Khan and Artyom set out to locate the Dark One.

Upon finding the Dark One, Artyom reconnects with it, giving him vivid flashbacks to his childhood where he remembers being saved and protected by the Dark Ones. Establishing his connection to them in an effort to bridge the two species. Feeling a very deep regret for firing the missiles, Artyom vows to protect the little Dark One in order to make peace. The two then make their way back to Polis, confronting Lesnitsky and Pavel on the way. The Dark One uses his abilities to read their minds and fully learn of their plan to take over D6 and exterminate any human life that opposes them.

At Polis, a peace settlement is on their way against the Red Line, The Reich and the Neutral Hansa. The Dark One uses his telepathic abilities to force Moskvin to confess his plan to the public, which includes the peace conference being a distraction to allow Korbit to attack D6. Artyom, Miller, Khan and the rest of the Rangers quickly set out to return to D6 and Fight of The army of Korbut. But, the Red Line reveal an armoured train that rams into the station which incapacitates the Rangers. Korbut approached Artyom where he is about to execute him. Artyom prepares to destroy the facility, but the little Dark One appears, prevents Artyom from doing so and with the help of a once hibernating group of Dark Ones, they defeat Korbut’s army. Later, the Dark Ones leave to look for safety, but promise to return in the future to restore the world. Artyom then refers to the dark ones as humanity’s last hope.